HAND OF THE PROPHET 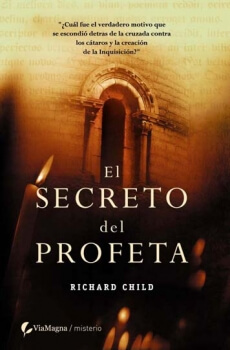 When archeologist Kathleen Phillips’ team discovers an ancient monk’s codex on the tiny Scottish island of Iona, it sends ripples from the small island to the Vatican, where fear of the book’s surfacing has driven Pope after Pope to push for its discovery. But the Church has never been able to locate it.

For Raimon Trencavel, the discovery of the book fulfills a lifetime mission. Descended from the Cathar Knights—who were hunted down and killed on the orders of Pope Innocent III—and driven mad by a lifetime of abuse at his father’s hand, Trencavel wants only to find the legendary book that will undo all that the Catholic Church has stood for through the centuries.

For Jaime Cameron, a sea-plane pilot and lost soul, the discovery of the book brings him to Kathleen Phillips, the woman who may finally heal his wounded heart and lead him to a far brighter future than he’d ever considered.

From a murder in the Vatican’s secret archives in the prologue to a face-off with the Italian Mafia in the final chapter, this book is one long, suspenseful chase, pitting the lovers Kathleen and Jaime against battle-hardened mercenaries funded by a billionaire madman and driven on by a cardinal eager to become Pope, and against Trencavel, trained in the art of battle and assassination from his youth. It’s a three-way race to the finish complete with air chases, gun fights, a passionate romantic connection, and a secret even the Catholic Church will go to any length to protect, no matter how many must die. 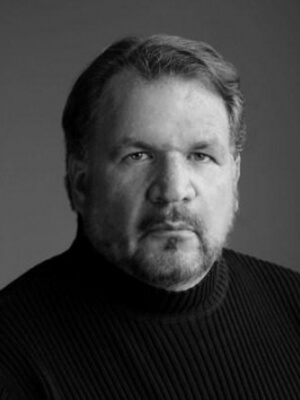 Love of literature took Richard Child to the Masters of English program at Ohio University where he studied creative writing with Walter Tevis, author of The Hustler as well as Daniel Keys, author of Flowers for Algernon.

He taught English on both the college and high school levels before returning to university to earn an MBA from Case Western Reserve’s Weatherhead School of Management. Richard worked in market research, strategic planning, and advertising before starting his own company.

Drawn back to his dream of becoming a writer, he sold the business and went back to teaching.

Richard and his family subsequently moved to Europe, and while living there for a number of years, his interest in historical mysteries grew into a passion. It took him to Zimbabwe’s Victoria Falls and the Lycian tombs of southern Turkey. In the French Languedoc, he investigated the fortress ruins of the Knights Templar and mountaintop strongholds of the heretical Cathars. He walked the crumbling battlements of a Moorish castle in Sicily and poked around the remnants of a 7th century Scottish monastery. All of these travels have inspired Richard in his writing.

Today, Richard lives in the Midwest. When not working on his next novel, he likes to travel, scuba dive, and snow ski.