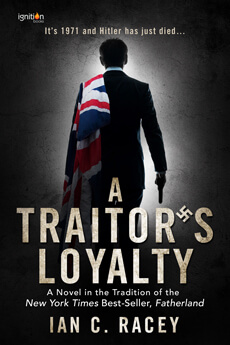 A Novel in the Tradition of the New York Times Best-Seller, Fatherland.

In the thrilling tradition of such national best-sellers as SS-GB, Fatherland, and Los Alamos, comes a first novel wherein history’s path has taken a different turn. . . .

Twenty-five years have passed since the German victory in World War II. Hitler has just died, unleashing a conspiracy that threatens the future of the world . . .

Simon Quinn walked away from a brilliant career with MI6, the British Secret Intelligence Service, but now MI6 has blackmailed him into returning to Berlin. His mission: locate Richard Garner, a British spy who has disappeared and is suspected of defecting. He enlists the help of Ellie Voss, a Third Reich dissident who opposes Nazi rule and wishes for a different future for Germany.

Pursued by both the Gestapo and MI-6, Simon Quinn must choose, not between his country and treason, but between two brutal Nazi leaders battling for the succession: Reinhard Heydrich, the key architect of the Final Solution, and Heinrich Himmler, chief of the SS and Gestapo. For this British spy, it is a choice that will test even . . . 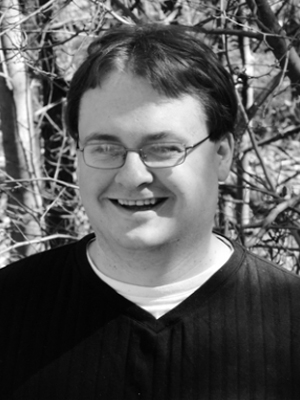 Born in England, Ian C. Racey is an author of thrillers that he hopes recapture the excitement he felt as a boy, when his grandfather would tell him stories of bombing missions over occupied Europe.  He studied many things at the University of Florida before eventually settling on Classics, an education that gave him a solid grounding to work as a bookseller for a national chain.

He and his wife live in Northern Virginia, where they're raising two children on condition at least one of them take care of them in their old age.