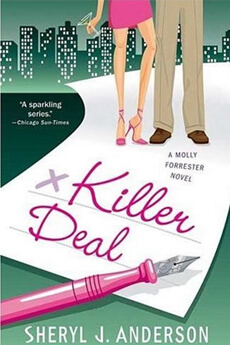 Molly Forrester’s best friends know exactly what the Zeitgeist magazine advice columnist needs to prove herself as a true journalist.  And when Manhattan advertising maverick Garth Henderson is murdered, she just might finally get that chance with this juicy assignment: an exclusive interview with Gwen Lincoln, the victim’s ex-wife and the prime suspect.

Was it a crime of passion—-or something more?  Manhattan’s business circles are buzzing with rumors that it’s related to Garth’s buyout of a rival advertising firm.  Or infighting among “The Harem,” his six beautiful, talented, and ruthlessly competitive creative directors.  Or fashion designer Emile Trebask, Garth’s one-time client and now Gwen’s business partner.

As if solving the ad world’s most notorious murder on deadline wasn’t enough, Molly must contend with a fickle editor with her own agenda, a best friend colliding head-on with true love, and ex-boyfriend Peter Mulcahy trying to worm his way into her story and back into her life.  Will it all be too much for Molly’s current boyfriend, NYPD homicide detective Kyle Edwards?

Determined to catch the killer and beat the competition, Molly Forrester digs in her four-inch Jimmy Choos because there’s no turning back.  In Manhattan, when you strike a deal, you see it through.  Even if it kills you.

“KILLER HEELS, Sheryl Anderson’s hip debut mystery, sparkles like fine champagne, an intoxicating mix of wit, perception and insouciance and a wickedly clever but genuine depiction of single life in the City. KILLER HEELS will tap right to the top of the Best First lists.”—Carolyn Hart, award-winning author of the Death on Demand mystery series 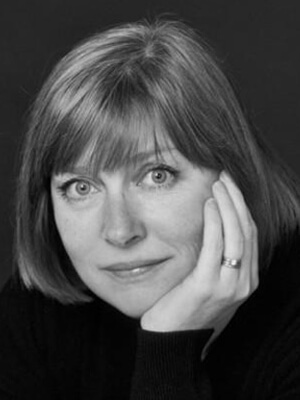 Sheryl J. Anderson’s childhood ambition was to be a novelist. In college, her love of theatre led her to study playwriting. After graduation, she set her sights on television, writing first for comedies (series such as Parker Lewis Can’t Lose and Dave’s World), and then for dramas (such as Charmed, Flash Gordon, When Calls the Heart). She created and executive produced Ties That Bind, the first original scripted series for UPtv, and has sold pilots to a variety of networks, including Disney, SyFy, and Lifetime.

Throughout this journey, the desire to write a novel never went away, leading to the Molly Forrester novels, a series of mysteries in which Sex and the City meets Murder, She Wrote. These Manhattan murder mysteries—Killer Heels, Killer Cocktail, Killer Deal, Killer Riff—blend all the things Sheryl loves most: comedy, dramatic intrigue, and snappy dialogue.