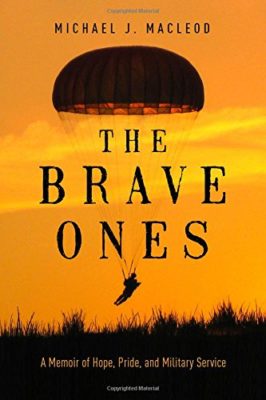 A Memoir of Hope, Pride and Military Service

How does the US Army mold a video-game generation with its thumbs on the joystick into a proud fighting force with its fingers on the trigger—and lives on the line—in America’s War on Terror? Michael J. MacLeod, already an accomplished professional photographer and journalist, decided to find out the hard way: by enlisting in the armed forces at age forty-one. What he observed and experienced as an embedded reporter and a serving soldier makes for an unflinching and inspiring portrait of endurance, sacrifice, discipline, and courage.

Finalist for the 2017 Colby Award*

The Brave Ones shows the reader what it’s like to serve as a U.S. Army soldier during a time of two wars, as seen through mature eyes. When Michael MacLeod enlisted, he was 41 years old, as old as he could be and still enlist. He found himself in boot camp with soldiers who quite literally could have been his own sons.

In The Brave Ones, MacLeod explains how the Army trains the X-Box Generation to fight the War on Terrorism as he moves from Basic Combat Training at Fort Knox, Kentucky, to Advanced Individual Training outside of Baltimore, to his first duty station with the 82nd Airborne Division’s 504th Parachute Infantry Regiment. The unit, also known as the “Devils in Baggy Pants,” was one of two 82nd infantry regiments to make the first allied mass parachute assault during World War II. hose who have served with the Devils include David Petraeus, Stanley McChrystal, John Abizaid, and William Westmoreland.

The book follows the Devil Brigade’s mostly quiet deployment to Iraq’s Al Anbar province in 2009-10, and then to Afghanistan’s volatile Ghazni Province in 2012 where the brigade conducts the last major clearing operation of the war.    he observed and experienced as an embedded reporter and a serving soldier makes for an unflinching and inspiring portrait of endurance, sacrifice, discipline, and courage. Candid, wise, and powerful, his memoir takes readers on an unforgettable journey through war and allows them to witness bravery firsthand.

*Named for the late ambassador and former CIA director William E. Colby, the Colby Award recognizes a first solo work of fiction or non-fiction that has made a significant contribution to the public’s understanding of intelligence operations, military history or international affairs. 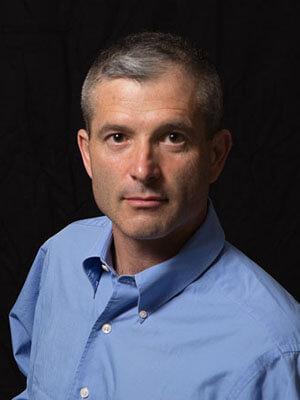 Michael J. MacLeod is a former US Army paratrooper who served with the 82nd Airborne Division from 2008-2013 as a combat correspondent. He is one of the most published military journalists of the last decade and has won dozens of journalism awards including the Army’s 2012 Military Journalist of the Year. For his work during deployment, MacLeod was awarded the Bronze Star Medal, an award normally reserved for soldiers of much higher rank.

He and his wife, Barbara, live in Bozeman, Montana, where they operate a photo studio.