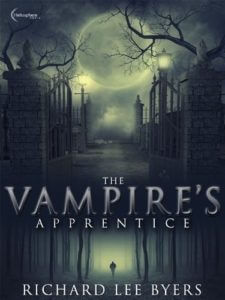 From acclaimed horror and fantasy writer Richard Lee Byers comes a reissue of a classic vampire tale.Awakening embalmed and buried in his own grave, David Brent claws his way to the surface to find himself transformed, a walking corpse abandoned by his mentor and tortured by relentless thirst.This i...

Awakening embalmed and buried in his own grave, David Brent claws his way to the surface to find himself transformed, a walking corpse abandoned by his mentor and tortured by relentless thirst.

This is not what Carter, the charming vampire, promised before turning him. Where is Carter now, and who will teach David how to feed his insatiable hunger, use his new immortal powers, and stay out of harm’s way?

Abandoned and betrayed, dead to everyone he’s ever loved, David loathes and fears his savage new existence, but his rage won’t let him perish. An inhabitant of the darkness, a bloodthirsty, night-stalking monster, David finds his own way, teaching himself the answers to the ancient mysteries he is now heir to . . . and when he finally masters his many powers, David goes looking for Carter.