DANCING WITH THE DRAGON 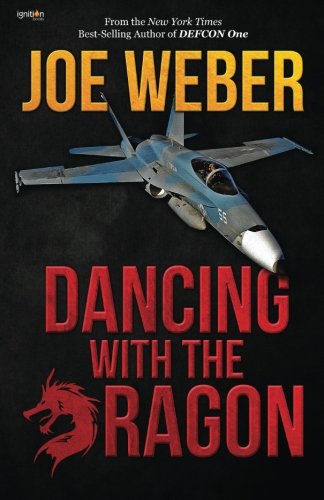 “Weber’s expertise on U.S. military matters is high, and his depiction of Chinese motives and methods well above the level of Yellow Peril fantasies. A solid accomplishment for thriller readers.”—Library Journal

In the skies above the Pacific, a U.S. Navy F/A-18 from the USS Abraham Lincoln blows up.  The question is why? But answers aren’t easy to find.

When another jet mysteriously explodes in midair, the president can no longer ignore reality: U.S. forces are under attack.  But by whom?

While the military and intelligence communities race for answers, the president calls on ex-CIA operatives and former military pilots Scott Dalton and Jackie Sullivan to launch their own investigation.  An investigation that takes some shocking turns as they uncover a conspiracy that seems to lead directly to the heart of China . . .

“Thanks be to the book-writing gods; we have a writer who does what writers are supposed to do—tell a story.”—The Wichita Eagle