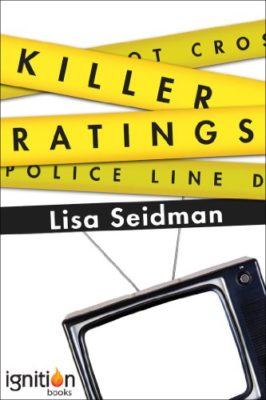 “Lisa Seidman weaves together vivid characters, delightful mystery, and the wry wit of a true TV insider to create a delicious tale of reckless ambition and literal and figurative backstabbing that will not only entertain you, but change your relationship with your television forever.”—Sheryl ...

“Lisa Seidman weaves together vivid characters, delightful mystery, and the wry wit of a true TV insider to create a delicious tale of reckless ambition and literal and figurative backstabbing that will not only entertain you, but change your relationship with your television forever.”—Sheryl J. Anderson, author of Killer Heels

“In Killer Ratings, Lisa Seidman, a television writer herself, provides a thrill ride through the ambition-ridden and ego-saturated world of TV production, where there is more death and drama behind the camera than in front of it.—Sue Ann Jaffarian, author of the Odelia Grey mysteries and the Ghost of Granny Apples mysteries

“Take an edgy TV production team, add a sprinkling of fierce ambition and finish off with a large handful of paranoia and you have the perfect setting for murder. TV writer Lisa Seidman, who’s been on that set, skillfully does it all in Killer Ratings.”—Annette Meyers, Author of the Smith and Wetzon series

“Lisa Seidman’s page-turning whodunnit, Killer Ratings, perfectlycaptures the backstage world of a struggling TV series where appearances are deliberately deceiving and ambition can be absolutely criminal.”—Mimi Leahey, script editor, All My Children

“The drama going on behind the scenes at a TV show is always juicier than what’s on the screen, and Lisa Seidman masterfully combines three of my favorite things: TV, mystery, and a good story well told.”—Paula Cwikly, writer, The Young and the Restless

Los Angeles is no stranger to glamour, celebrity . . . and murder. When Susan Kaplan moves to L.A. to become a TV writer, she’s thrilled to be hired as a writers’ assistant on the well-regarded but low-rated TV series Babbitt & Brooks. The last thing she expects, however, is that she’d find herself working for the beautiful yet seriously neurotic Rebecca Saunders, the show’s less-than-competent associate producer who may or may not have gotten the job by sleeping with Babbitt & Brooks’ demanding creator and executive producer, Ray Goldfarb.

And Susan definitely doesn’t expect to find murdered Rebecca’s body in her office at the studio early one morning. When the police learn that Rebecca torpedoed Susan’s writing career shortly before her death, Susan becomes their number one suspect. Determined to prove her innocence and find the murderer, Susan discovers that all her colleagues have secrets they would kill to protect.

From producers to writers to stars, it seems that the hopes and dreams of nearly everyone associated with the show were being threatened by Rebecca.
Despite the danger to her own life, Susan remains determined to find Rebecca’s killer and in the process unmasks the dirty little secrets behind the making of a primetime television series. She learns that real life behind the camera is far more dramatic than the fictional one in front of it.

Lisa Seidman draws on her thirty years of experience as a successful television writer to take the reader behind the scenes and show how the struggle to achieve high ratings truly can lead to murder. 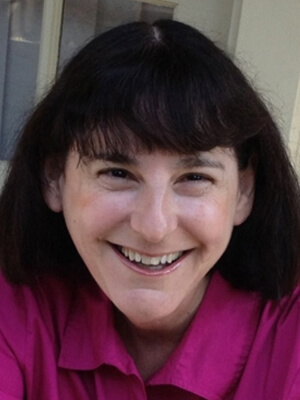 Lisa Seidman began her television career writing for the primetime serials Falcon Crest, Dallas, and Knots Landing as well as Cagney & Lacy, Murder, She Wrote, and Scarecrow and Mrs. King. For five years, Lisa was the head writer on the phenomenally successful, award-winning Russian primetime serial, Poor Anastasia, as well as Sins of the Fathers, Talisman of Love, and the Russian adaptation of Betty La Fea (Ugly Betty in the U.S.). She received an Emmy nomination for her work on Guiding Light, as well as Writers Guild nominations for Guiding Light and Sunset Beach. After a year writing for One Life to Live, she returned to Moscow as the head writer of One Night of Love, which was nominated for an International Emmy Award.

Lisa's experience provided the perfect background to write her first novel, Killer Ratings, a mystery novel set behind the scenes of a popular primetime television series.

Lisa spent two years as an elected member of the Writers Guild of America, West, Board of Directors and has won Emmys for her work on the daytime serials The Young & the Restless as well as Days of our Lives.  She has taught film and TV writing at USC and UCLA and is currently writing her second novel.