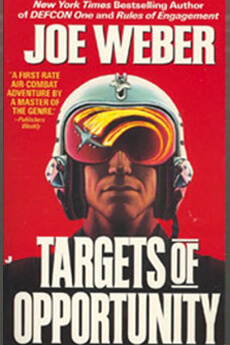 TARGETS OF OPPORTUNITY is a novel about a secret war and the courage of the man who fought it. The Vietnam War is at its height, and Americans have acquired a Soviet-built MiG-17. Marine aviator Brad Austin has been recruited to test pilot it. The MiG is an aerial hotrod, crude yet lethally effective. But it’s not what Austin is flying; it’s where — behind enemy lines. If he wins, America wins. If he loses, he dies alone.